Toonces the cat who could paint (just not very well)

Not long after I began painting, we were adopted by a scrawny little stray kitty. Her official name is Cucumber, but we usually call her Toonces, after Toonces the cat who could drive a car (just not very well).

We already had two cats, but they came as a package deal with my husband. They (the cats and sometimes my husband) regard my painting as something to keep me occupied when I’m not feeding them. Toonces is my cat and she loves to help me paint!

Unfortunately, that scrawny little kitty became a thirteen-pound cat who takes up a lot of space. Oh well! It’s worth it to have such an enthusiastic painting partner! 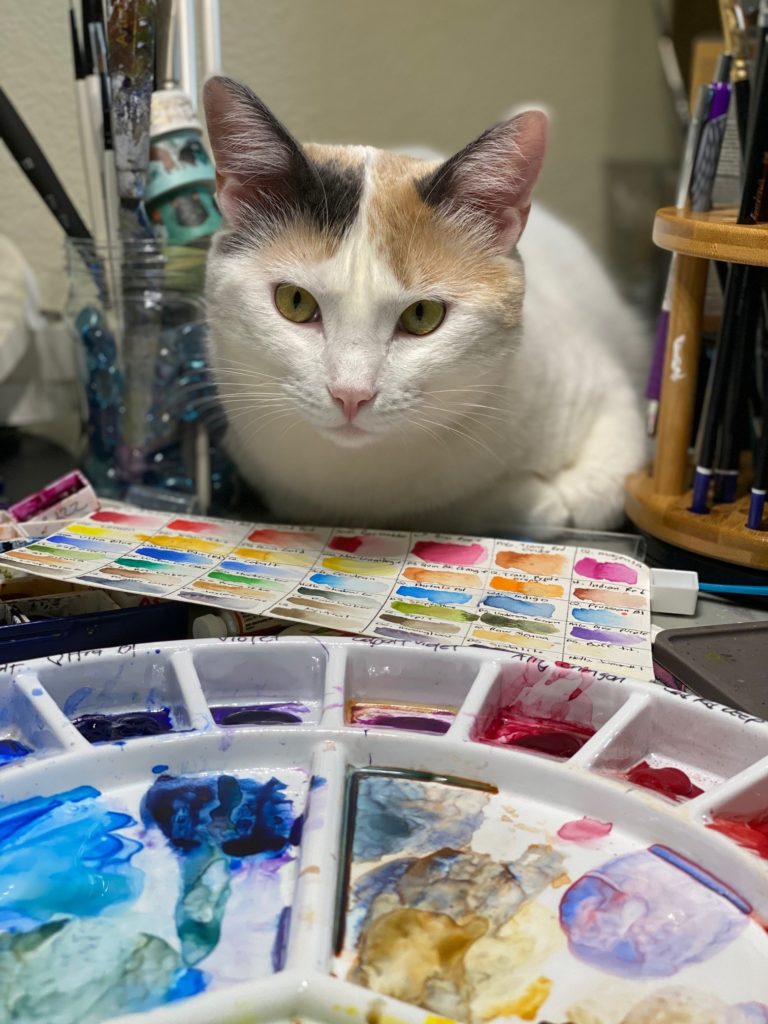 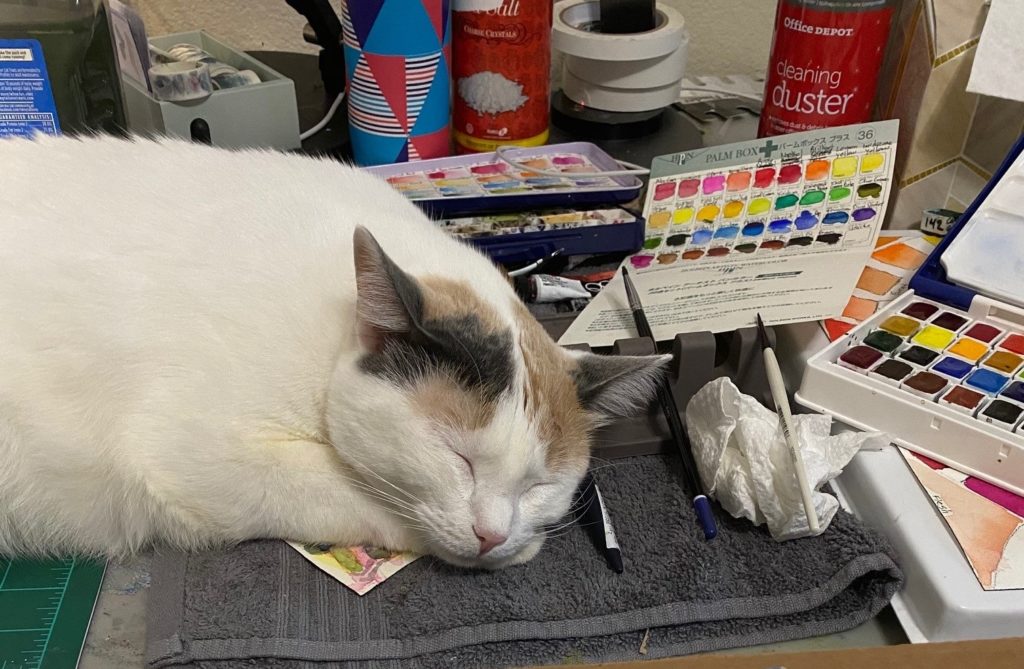 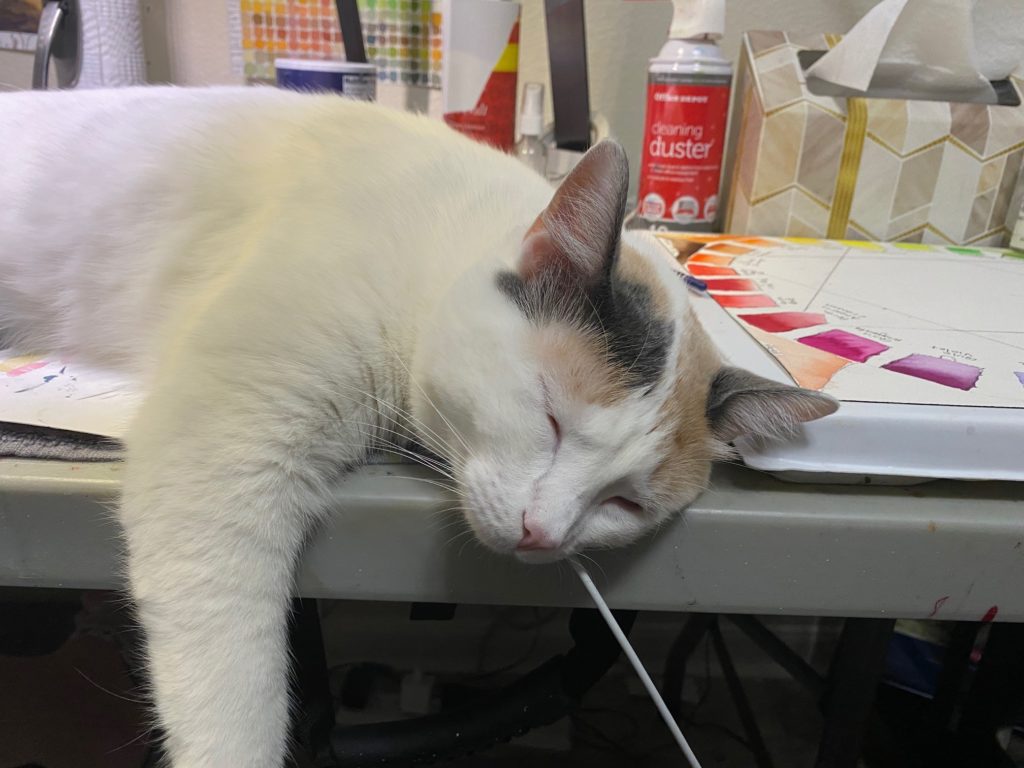 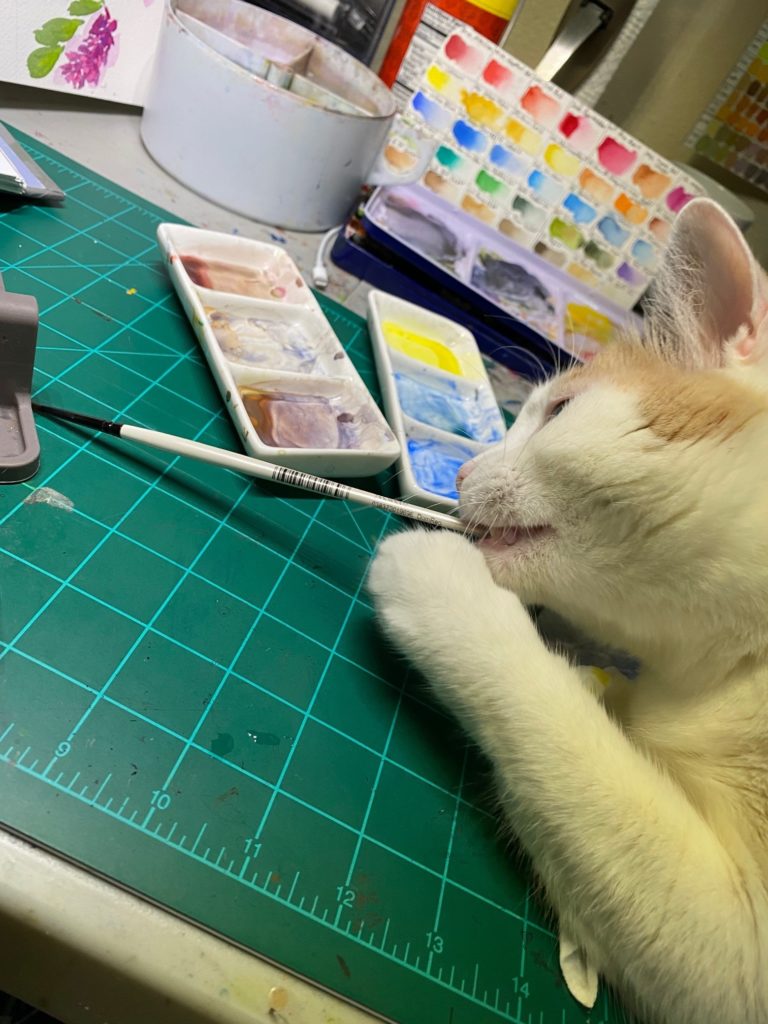 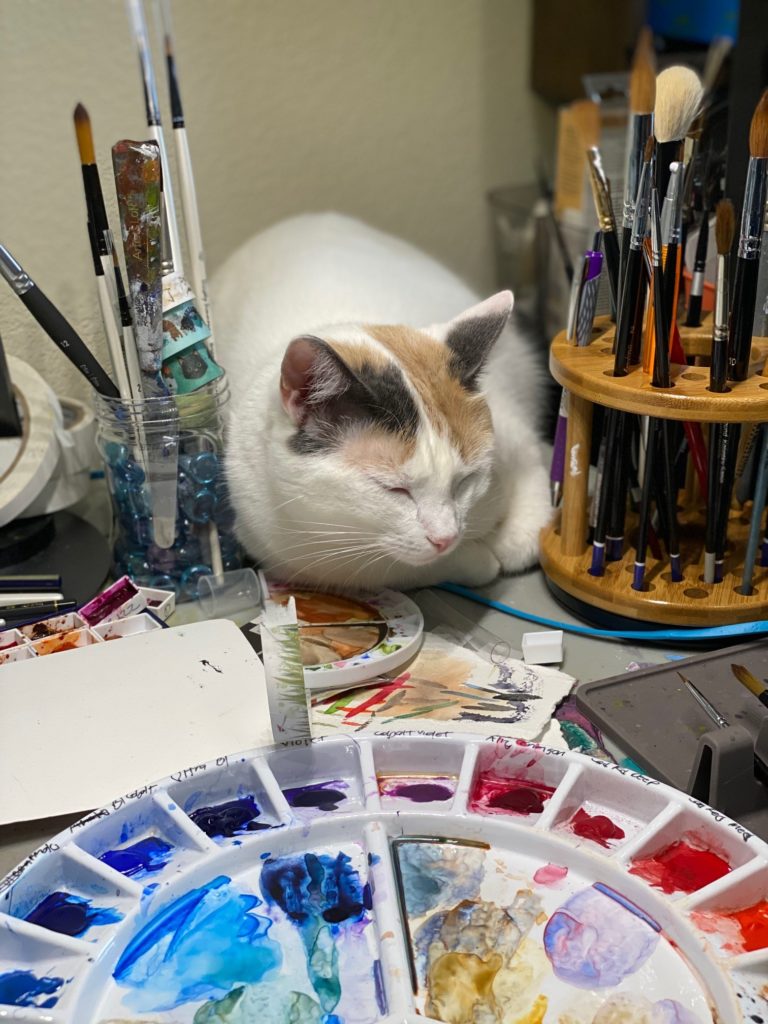 Posted in Your Space
Scroll To Top