“Painting” clouds with a paper towel

The technique takes some practice. It’s easy to remove too much or too little pigment. And it’s easy to smear the wash around in a very uncloudlike manner. But you’ll pick it up quickly.

Experiment with different textures of paper. Coarse textures tend to create a “stippled” effect that can be very pleasing. And try applying multiple layers of washes, and blotting each with a clean towel (be sure to let the previous layer dry completely).

The technique isn’t limited to clouds. Try using it to create any soft, amorphous area or object.

The clouds in the painting below were created using the paper towel technique. I first applied the blues and purples of the sky, then took some away with the towel. After allowing it to dry, I layered on a series of very light, gray and gray-blue washes, removing each with a towel. The successive washes added depth to the clouds, and created a nice 3D effect rather than just a flat white surface. 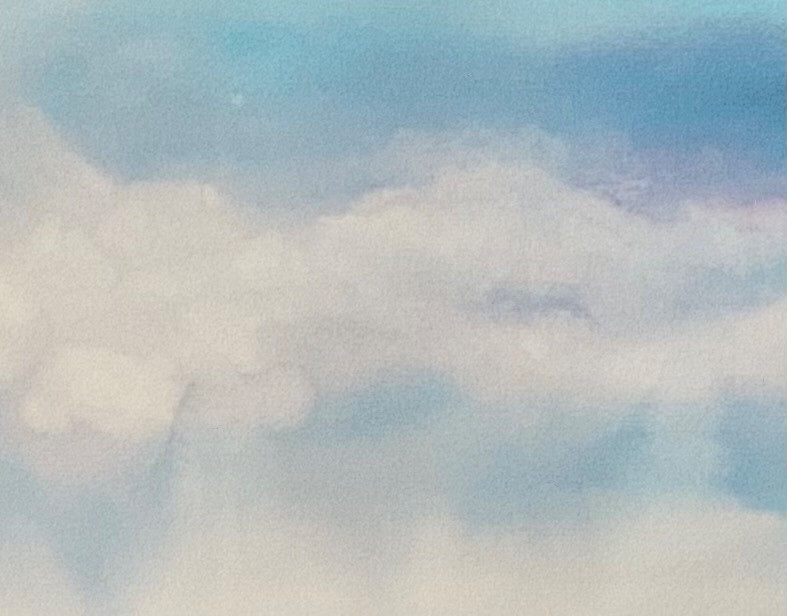 Posted in Techniques
Scroll To Top